First a church then a synagogue and now a mosque

Here’s a picture of the Brick Lane Mosque – which was built as a protestant church in 1743 for the French Huguenot community and then became a synagogue in the 19th century before its current incarnation as a mosque. Proof, as if it was needed, that London has always been a very mixed up and diverse place. 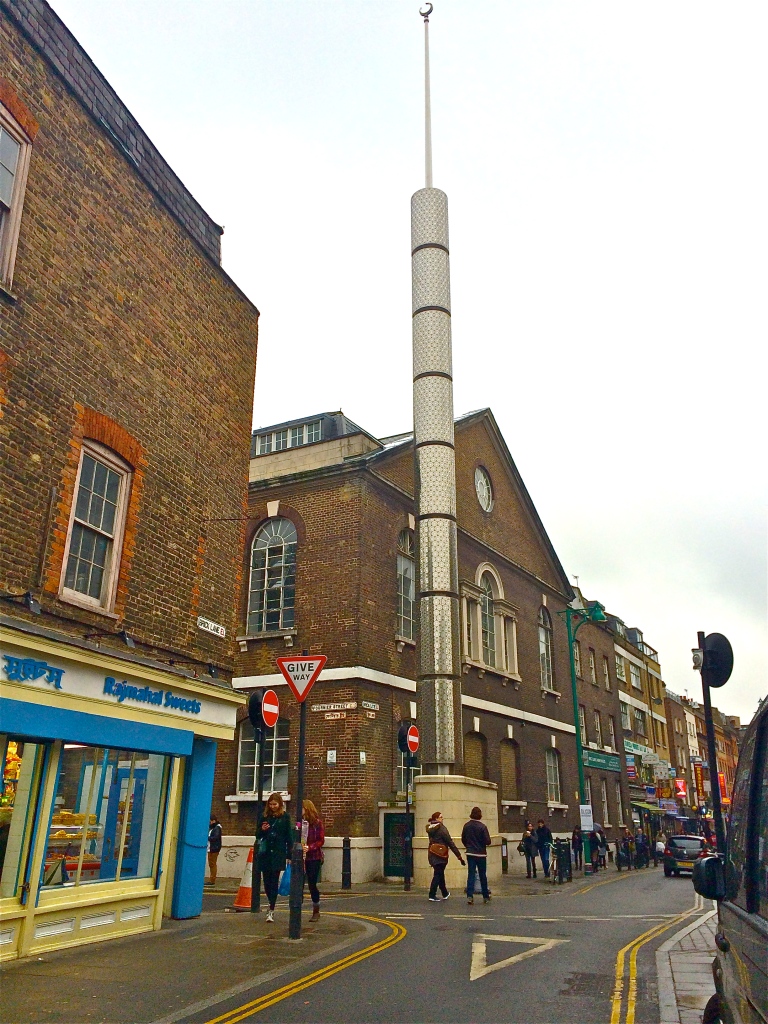